Spoon sweets, called “glyka tou koutaliou” in Greek, are traditional, homemade sweet fruit preserves, served as a gesture of hospitality in the Greek islands. In the old days spoon sweets were usually served by the teaspoon in a small crystal dish with cold water or sometimes accompanied with coffee.  Spoon sweets can be made from a variety of fruits, though bitter and sour ones are especially prized.

Koufeto is a sweet preserve or spoon sweet traditionally prepared on the island of Milos. It is made by a local sweet white pumpkin in a mixture of water, sugar, and local honey, which is then mixed with lemon juice and blanched almonds.
Koufeto is kept in glass jars, and it is occasionally flavored with cinnamon sticks. According to the tradition, Koufeto specialty is usually made in weddings and engagements, this is why it earned the name “the marriage sweet”.
Koufeto, as most traditional spoon sweets, is usually enjoyed on its own, accompanied by just a glass of cold water to balance its syrupiness/sweetness. Some people serve it also with cold yogurt or even ice cream (mostly vanilla). In Milos there are plenty of places where you can buy varieties of spoon sweets, as well as Koufeto. 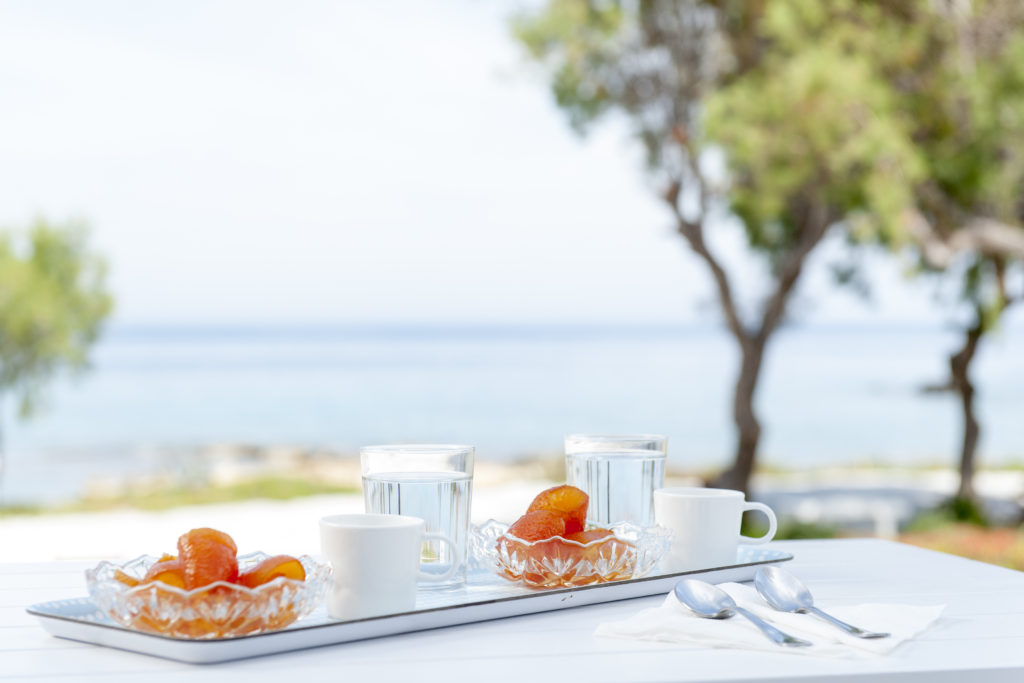